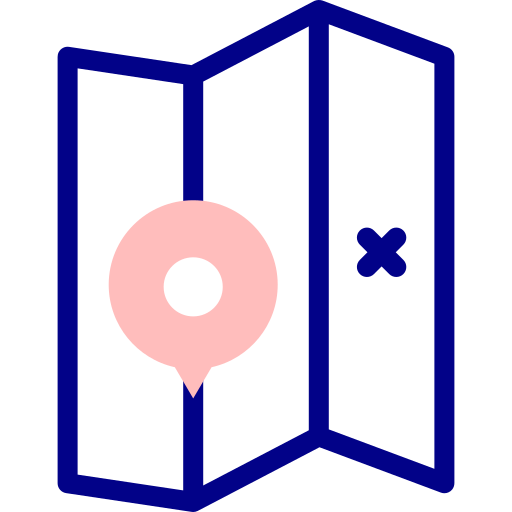 Occidens Tours is a DMC for Spain & Portugal. We plan and realize custom tailored round trips for private groups and tourism companies (agencies, tour operators, etc.).

In order to match the varying budget lines of every customer, we offer a wide range of different travel options.

Flexibility is one of our main distinctive traits: Occidens Tours adapts rapidly to changing conditions and preferences you might have as our customer and will always give you the best  travel option.

Watch some examples of how a Spain or Portugal round trip could be designed for you:

Welcome to Barcelona. The Capital of Catalonia, a marvelous region with a unique milenarian identity and packed with UNESCO World Heritage sites with architectural works. Geographically, the country offers from beautiful beaches with crystalline waters in a Mediterranean climate, to snow-topped mountain peaks. Its cultural boundaries, however, extend past Valencia to the south and out to the Balearic Islands and Andorra and across the border into France. Accomodation in a hotel.

Breakfast in hotel. Today you will have the option to discover Barcelona. Famous monuments as like Parc Güell, Sagrada Familia and Passeig de Gracia which is the tradicional, commercial and cultural hub of Barcelona. A street which has been a symbol of the Catalan bourgeoise and, therefore, presents the most important modernist buildings of the city (specially Antoni Gaudi). Famous Rambla Avenue later on gives you the opportunity to spend some free time for a stroll.  The Barri Gotic (Medieval District) , its maze of narrow streets and squares in  in the city´s heart will give you a in impression of harmony betweeen past and present. Montjuïch Hill with its parks, art galleries & museums and the 1992 Olympic site provide you spectacular views over the city.

Breakfast in hotel. Today, there is the option to visit the city of Girona & Dali Museum at Figueres. You will take you through Girona’s historical city Centre. You will visit the old Jewish quarter, which is one of the best preserved Jewish Quarters in Europe, Saint Feliu Basilica, the Cathedral with its Tapestry of  the Creation and  a walk upon the old Roman & Medieval city walls with its fantastic sights over the city. Optionally, the tour might include a visit to 13th Century Arabic Baths & Dali Museum (Figueres).  Accomodation.

After breakfast in the hotel, we start today´s trip:  1st stop will be the city of Zaragoza , where the Cathedral Basilica del Pilar ( entrance included) is awaiting us. One of the most important Marian sanctuaries in the Catholic world,  visited every year by thousands of pilgrims. It is also a leading artistic center with a collection of valuable works from different periods, in particular the Goya frescos.  In the evening, arrival to Madrid.

In the morning, guided sightseeing in Madrid, the Capital and biggest city of Spain, geographically located in the very heart of the Iberian Peninsula. A cosmopolitan city, a business center, seat of  its government the Spanish Parliament, and residence of the Spanish monarchs, is also the political center of Spain. Madrid is characterized by intense cultural and artistic activity and a very lively nightlife. We will drive through Madrid´s famous avenues, including the Gran Via and La Castellana, to famous squares such as Plaza de España, Puerta del Sol and Puerta de Alcalá. We will also visit Madrid´s historic quarters and famous parks, including Casa de Campo and Retiro, and of course a panorama visit to the main attractions incluiding The Royal Palace and Prado Museum from outside. During the sightseeing trip, we will pass by the university, the Las ventas bullfighting ring and the Santiago Bernabeu Stadium, which is the home of the famous Real Madrid football team. Accomodation in hotel in Madrid. 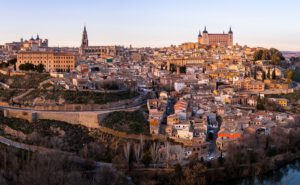 Breakfast in hotel, and our tour goes on toimperial TOLEDO, 70 km from Madrid. The city emerges suddenly from the skyline of Castilla,  surrounded by the Tagus River. Toledo is well known for its varied cultural and monumental heritage and is famoous for its long lasting peaceful co-existence between Christian, Muslim and Jewish communities. The whole town is a National Monument: houses, streets, churches, palaces, its treasures and handcrafted products, like the famous ‘Damasquinado’ (gold and silver inlaying in iron), a technique we will learn about on our visit to one of its manufactures. To be visited: St. Juan of the Kings, St. Tome church and Synagogue. Toledo is one of the oldest towns in Europe, called ‘city of the three cultures’, since Christians, Muslims and Jews lived together harmonically for many centuries. Its genuine Spanish buildings reflect almost all the periods in Spanish architectonical history (Arab, Gothic, Mudejar, Renaissance and Baroque style). And the city is also the hometown of the great painter El Greco in the XVI century. In the afternoon, we continue our trip to Valencia. Accomodation. 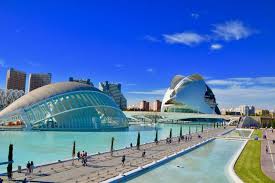 Breakfast in hotel. On today´s sight seeing,  we will enjoy the city of Valencia. The futuristic sights of the «City of Arts and Science» made by famous architect Santiago Calatrava are used as background for many futuristic movies and attract fotographers worldwide. Afterwards, we head on to the Old Town district and cruise down Alameda Boulevard like a local. See sights such as the Central Market, Fish Market and the city center to experience its special charm.  We continue to emblematic monuments, such as the Bull Fight arena, North Station and City Hall. After lunch,  we will go on by coach towards Catalonia. Accomodation in a hotel.

Today is leisure time: you are free to visit beaches and facilities of your hotel until your flight departure time.  End of the round trip.

****Conditions and Reservation in your travel agency***

In the evening, arrival to Lourdes, Hotel check-in, dinner and overnight stay. After dinner, you have the possibility to join the pilgrims´torchlight procession.

During the entire day, there a various religious celebration. You have the option to visit the sanctuary of Sainte Bernadette

After breakfast in the hotel, our trip goes on to San Sebastián. On the way, we just stop for lunch in a lovely restaurant. In the afternoon, arrival to Oviedo, where we will have check-in to the hotel in the early evening, so there is enough time to discover the city on your own.

After breakfast, our coach takes us to Santiago de Compostela, the final destination for every St. James pilgrim. After arrival, hotel check-in and lunch. In the afternoon, a guided city tour will show us the main sights of this impsant pilgrim´s capital: The cathedral with St. James tomb, Obradoiro Square, Portico de la Gloria, etc. After returning to the hotel, dinner and overnight stay.

Breakfast in the hotel and departure towards the sanctuary of Fatima. On our way, we stop in the city of Braga, where we visit the sanctuary of Bom Jesus. Lunch in a nearby restaurant. Arrival to Fatima in the afternoon, hotel check-in, dinner and overnight stay.

The entire day in Fatima is reserved for participating in the religious celebrations, you also have the option to visit the sanctuary of Fatima.

After breakfast in the hotel, our coach takes us to Spain. Arrival to the city of Cáceres, whose historical center was declared UNESCO world heritage site. Lunch in a restaurant and in the afternoon we head towards the city of Salamanca, one of the oldest university cities of Europe. Dinner and overnight stay in the hotel.

After breakfast in the hotel, we go on a short panorama sightseeing tour through the city and later on we drive on to Burgos. Lunch in a restaurant. In the afternoon, a guided city tour will introduce us to the main sights of this ancient city as like the cathedral and the porticus of Santa Maria. In the afternoon, we drive on to the city of Pamplona, arrival in the evening, hotel check-in, dinner and overnight stay in Pamplona.

After breakfast, our coach takes us back to our departure airport. End of the tour.

NOT INCLUDED IN PACKAGE:

Arrival of the group at the airport MADRID, your transfer guide takes you to the hotel by coach. Check-in at the hotel, dinner and overnight stay.

After breakfast, you will get to know the capital of Spain: A local guide will show you Prado-Museum and the Royal Palace. After lunch in a restaurant, the tour goes on: Plaza Mayor, Gran Via, Puerta del Sol… Dinner and overnight stay in the hotel.

After breakfast, we travel on to the city of CORDOBA. Lunch in a restaurant in Cordoba, then we meet our local guide to visit the famous mosque-cathedral of Cordoba. In the afternoon, we continue our tour towards SEVILLE. Hotel check-in, dinner and overnight stay in the hotel.

In the morning, a guided tour will introduce us to the most beautiful spots of the city: The cathedral with its “Giralda”-minarette, Santa Cruz District, etc. Lunch in a restaurant nearby. In the afternoon, we visit the Alcazar-Palace and Maria Luisa Park. Dinner and overnight stay in our hotel in Seville.

After breakfast, the coach takes us to RONDA, a typical Andalusian city, birth town of the classic “corrida” bullfight. Breathtaking sights from the plateau the city is built upon. A local guide will show us the most interesting places: The eldest bullfight arena of Spain, Don Bosco – Palace, and the monastery of Santa Maria La Mayor. Lunch in a restaurant. In the evening, we arrive to GRANADA, hotel check-in, dinner and overnight stay.

A wonderful day is awaiting us in GRANADA: During the guided tour, we visit the amazing Moorish Alhambra-Palaces and the Generalife gardens, the cathedral with its marble tombs of the Catholic Kings, Isabella and Fernando, buried in the Royal Chapel of Granada after having conquerred this city from the last Muslim king in Spain, in 1492.

After breakfast, our tour takes us to TOLEDO. Lunch in a restaurant after arrival. In the afternoon, a guided city tour will show us the main attractions of this ancient town and former residence of the Visigoth kings. Of course, we will visit the Cathedral and Santo Tomé chapel, too. In the afternoon, we travel on to MADRID. Hotel check-in, dinner and overnight stay in Madrid.

After breakfast, our local guide will accompany us by coach to the airport of MADRID.

NOT INCLUDED IN PACKAGE: